The final day of SIIB's International Business Conclave took place on the 21st of September, 2019. The theme of Day 3 was 'Future of Work - A Global Perspective'. The chief guest for the event was Mr Pradeep Bhargava, Independent Director, Persistent Systems Ltd. and the keynote speakers for the event included Amb. Gautam Bambawale, Indian Ambassador (Retd.); Amb. Dinkar Srivastava, Indian Ambassador (Retd.); Mr Conrad Latham, General Manager, Atlas Copco, and Mr Vikas Gupta, Managing Director - Talent, Deloitte. The event started off with a screening of the theme video that explained the need of exploring the global opportunities for professionals. It was followed by an introductory note by our Director, Dr. Asmita Chitnis. After this, the Vice Chancellor of SIU, Dr. Vidya Yaravdekar spoke about the importance of following international trends. This was followed by a speech by the chief guest, Mr Pradeep Bhargava. He spoke about the history of employability and the social, cultural and technological factors affecting the employment of professionals. This paved way for a panel discussion, which was moderated by Mr Bhargava himself. The first speaker was Mr Dinkar Srivastava, who spoke about the history of work and how unskilled labourers stand to lose every time there's an industrial revolution. He spoke extensively about the factors that influence the future of work such as consumption of resources and sustainability factors including carbon trading. Next, Mr Gautam Bambawale spoke about the need to re-tool and reinvent oneself when it comes to working in the sphere of business. He also spoke about the need for outsourcing work whenever required, even when it comes to the government, to increase efficiency, especially in the spheres of cyber security and environmental sciences. After this, Mr Vikas Gupta spoke about Industrial Revolution 4.0 and the 4 key stakeholders in the context of educational setup - students, alumni, educators and the corporates. He laid emphasis on the fact that data is the most important tool. He spoke about the mind-set and the ability to think forward instead of having a myopic view. The next speaker, Mr Conrad Latham spoke about the need to concentrate on leadership, technology and culture. He spoke about the various leadership styles such as charismatic, self-protective, participative, humane, team and autonomous. Mr Latham laid emphasis on developing the human intelligence quotient and intuitive creativity (ability to read what is written). According to him, the ability to combine data with creativity is the future of work. After this, the floor was declared open to the students of SIIB, who asked many insightful questions. Overall, it was a very enriching and enlightening experience for them, as they drew global perspectives about the ‘Future of Work’ from the discussion. 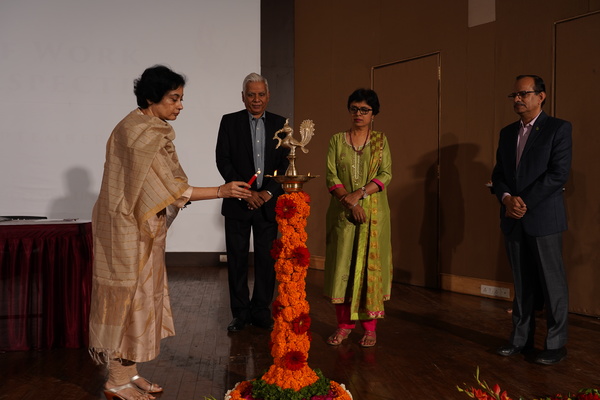 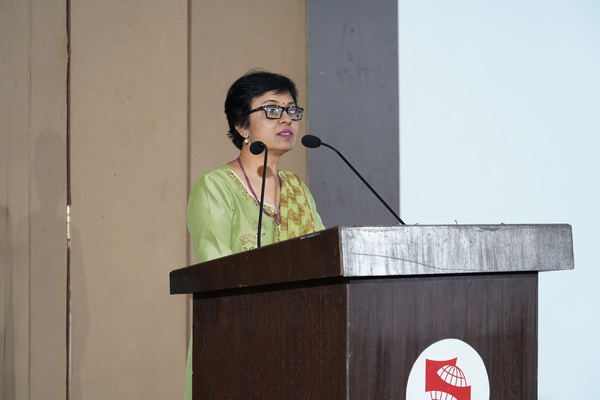 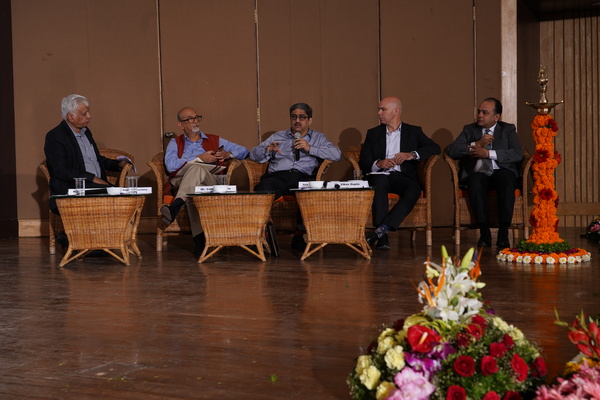 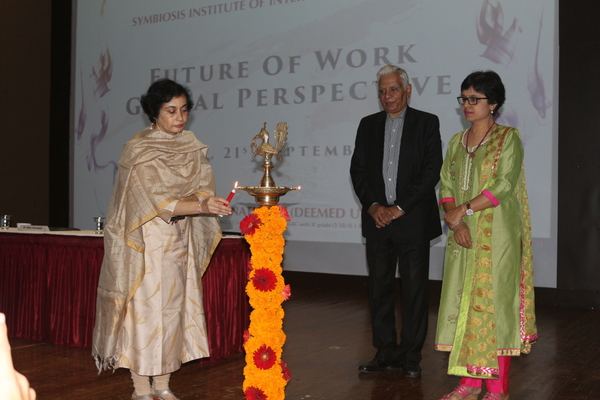 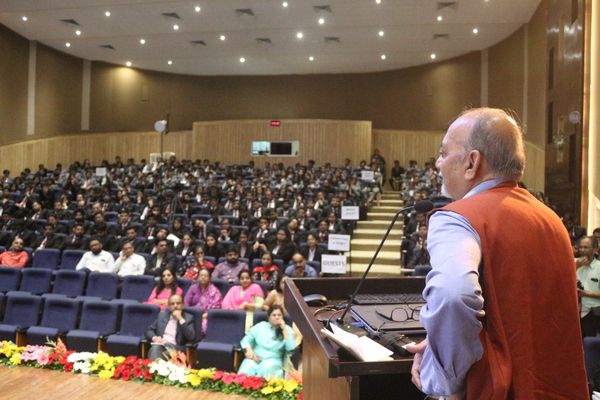 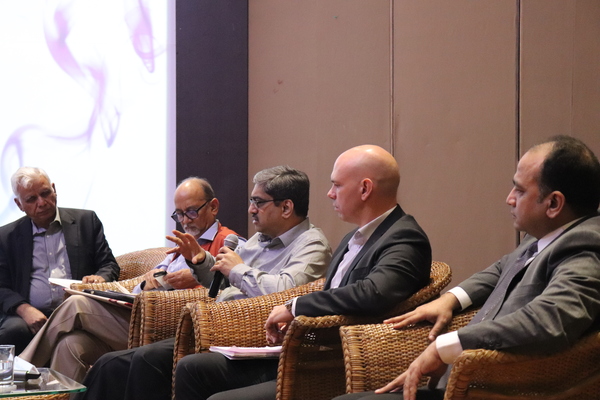